What Is Chloroplast DNA Sequencing?

Chloroplasts are the most important and prevalent plastids in plant cells and are the key site for photosynthesis. Chloroplast genomic DNA is generally a double-stranded circular molecule, and very rarely linear. The structure of chloroplast genome is very conservative and generally contains four parts, short single copy (SSC), long single copy (LSC), inverted repeat IRA and IRB. Most of the IRA and IRB are 10-24 Kb long each and encode the same sequence in opposite directions. The chloroplast DNA (cpDNA) promoter is similar to that of prokaryotes, with some genes producing single cis-trans mRNAs and others multiple cis-trans mRNAs. During the long evolutionary process, the structural order of these parts has remained constant, and the differences between chloroplast genomes of different species are mainly in the length and orientation of the IR regions. 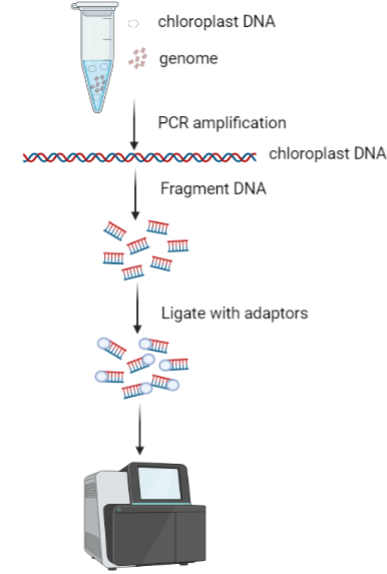 Advantages of Our Chloroplast DNA Sequencing

Chloroplast genome structure and sequence information are of great value in revealing the origin of species, evolutionary and the affinities of different species.