What Is GC-rich PCR?

GC rich DNA templates, such as the 5' end of many mammalian cDNA, are difficult to amplify using conventional PCR techniques because of secondary structures that are resistant to denaturation and hinder effective primer annealing. Increasing of hydrogen bonding between guanine and cytosine bases may cause the DNA to be resistant to melting. GC-rich PCR a type of PCR that can amplify DNA fragments which are GC-rich. GC-rich PCR system consists of a mixture of thermostable Taq DNA polymerase and Tgo DNA polymerase. Tgo DNA polymerase is a thermostable enzyme with proofreading (3'- 5' exonuclease) activity. The enhanced productivity of the mixture, combined with a unique GC-rich resolution solution, provides excellent performance, especially for problematic templates. The PCR mixture is superior to Taq DNA polymerase in yield, fidelity and specificity. In addition, it can amplify up to 5 kb fragment.

Introduction to a GC-rich PCR Strategy

Consecutive steps can be applied in this strategy: (1) To reduce the formation of primer self-dimer and hairpin, invalid mutation was introduced into primer. (2) Use high melting point primer (TM higher than 70 ℃). (3). cDNA is synthesized at high temperature (44 ± 1 ℃). (4) Higher and longer denaturation temperature in PCR cycle (initial denaturation of 95 ℃ in each step for 3 minutes, followed by cyclic denaturation for 1 minute). (5) In the process of cDNA synthesis and subsequent PCR amplification, PCR promoters or additives (such as DMSO and betaine) are used alone or in combination. Both reagents contribute to chain separation. DMSO destroys base pairing, while betaine (a stabilizer) equalizes the contribution of GC and at base pairing to the stability of DNA double stranded bodies, thus contributing to longer amplification.

Even in high concentrations of dimethyl sulfoxide and betaine and their various combinations, genes carrying high GC content, especially the genes of the -5' and -3' primer binding region, are difficult to amplify. This problem can be solved by using primers and introducing zero mutations to reduce the level of free energy, thereby the primer dimer and hairpin formation can be eliminated.

There are many GC-rich DNA in human chromosomes (Fig. 1). In the mammalian genome, about 50% of the genes are controlled by promoters with high GC content. Analyzing epigenetic mechanisms that regulate their expression is difficult. Therefore, GC-rich PCR has wide range of applications, including semi‐quantitative analysis, genotyping and retrieval and cloning of high-GC content sequence of candidate gene. A lot of approaches to improve GC-rich PCR have been studied. Gold nanoparticles (AuNPs) can enhance PCR amplification of GNAS1 promoter region (about 84% GC) mediated by Pfu or Taq DNA polymerase. But at the same time, at the optimal concentration of AuNPs, more Taq is needed. In addition, AuNPs can effectively amplify FMR1 (80.4% GC) gene rich in GC, exo T (67.3% GC), exs E (71% GC) and pqq F gene (74% GC) in Pseudomonas aeruginosa. AuNPs can be facilitated in analysis of genomic sequence in basic and clinical research. Two frequently seen and inexpensive reagents—ethylene glycol and 1,2-propanediol are also found to be more effective than betaine in the amplification of GC-rich human DNA sequences. 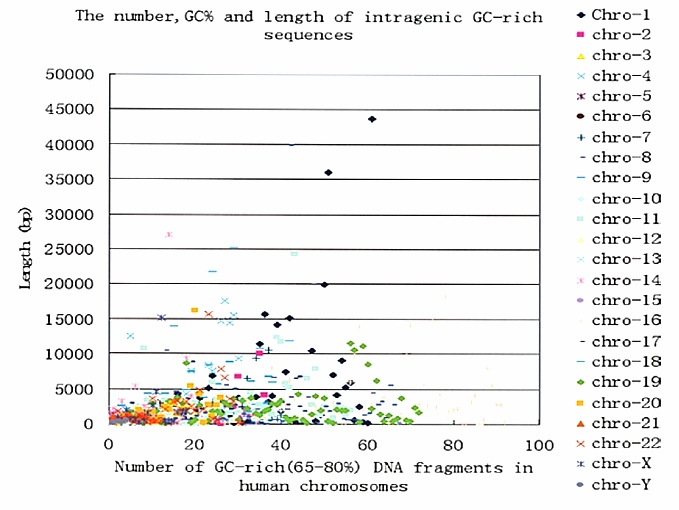 Due to the special features of GC-rich template, some other PCR techniques have their limitations. Conventional PCR may reduce the formation of PCR products. Multiplex PCR prefers for low GC regions, that leads to imbalance in PCR product ratio. In real time PCR, the GC-rich region easily forms heteroduplex nucleic acid molecules with internal standards, which leads to incorrect interpretation of PCR results. On the other hand, if DNA sequencing is carried out, DNA polymerase tends to stay in GC rich region, making sequencing difficult. For cDNA synthesis, short cDNA fragments without GC region would be synthesized. In GC-rich PCR, blend of Taq DNA Polymerase and a proofreading polymerase amplifies difficult templates.